Akashavani Visakhapatnam Kendram’ is directed by ‘Jabardasth’ fame Satish Bathula. Starring Shiva Kumar, Humay Chand, Akshatha Sridhar and Archana in lead roles, the film is produced by Mithuna Entertainments Pvt Ltd and Signs Studios. The film is a thrilling love entertainer produced by MM Arjun, and will be released in Telugu, Tamil, Hindi, Malayalam, and Kannada.

A new song from the movie is out. Composed by Karthik Kodakandla, it is written and sung by Penchal Das.

Speaking about the film, producer MM Arjun said, “I liked director Satish’s narration. Even better than his superb narration is how he has executed it. As a producer, I have competently discharged my responsibilities. The lead actors have done a great job. Since the film has got a universal point, this is a pan-India release. Today, we are releasing the second song from the movie. The first song, released in the past, was impressive. Penchal Das, the singer and writer, is known for ‘Aravindha Sametha’ and ‘Krishnarjuna Yuddham’. This song for our movie is going to reach the next level. We will announce the release date of our movie soon.”

The director said, “This movie is a different love entertainer. Everything is thrilling. The producer’s support has taken us this far. The pan-India movie has been made without compromises. Besides the lead actors, the likes of Madhavi Latha and Devi Prasad have done a great job. Experienced technicians have worked on our movie. The music, the BGM and the cinematography have come out really well. 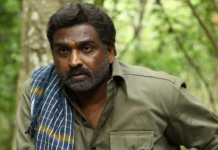