To make a great film you need 3 things – the script, the script, and the script. – Alfred Hitchcock Three Autumn Leaves collaborates with writers, and content creators; a brand new initiative.

As co-producers of the film Yatra Three Autumn leaves began its journey. Yatra, a biographical film directed skillfully by Mahi V Raghav, who is also the founder of Three Autumn Leaves captured the essence of its intention.The film stood out because of its unique narrative style, and the director’s display of inspirational scenes got the audience immensely involved. Post Yatra’s success, Mahi V Raghav (producer, writer, film maker), founder of Three Autumn Leaves, along with co-founders Shiva Meka (Co producer- Yatra), and Rakesh Mahenkali (Co Producer- Paathshala) who have been producing films under the banner of ‘Moonwater pictures’ have moved away from traditional production to creating content on paper.

Three Autumn Leaves is a collaborative house, where creative heads come together and produce content to bring it alive. It aims to give enough time, resources, and expertise to a script from its seedling stage and allow it to evolve into what it should. A mélange of writing, imaging, imagining, and freedom akin to the nourishment demanded by a script would be the main aim of this dynamic venture.

From feature films to web series and from brand stories to documentaries, Three Autumn Leaves loves to partner with the story-hungry filmmakers and production companies and share with them what it stands for; ‘honest’ and ‘soulful’ content and craftsmen-women. The vision of Three Autumn leaves is to collaborate with production houses, studios, channel partners, and OTT platforms who can help us transform the idea from paper to moving images. 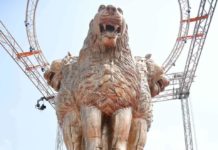