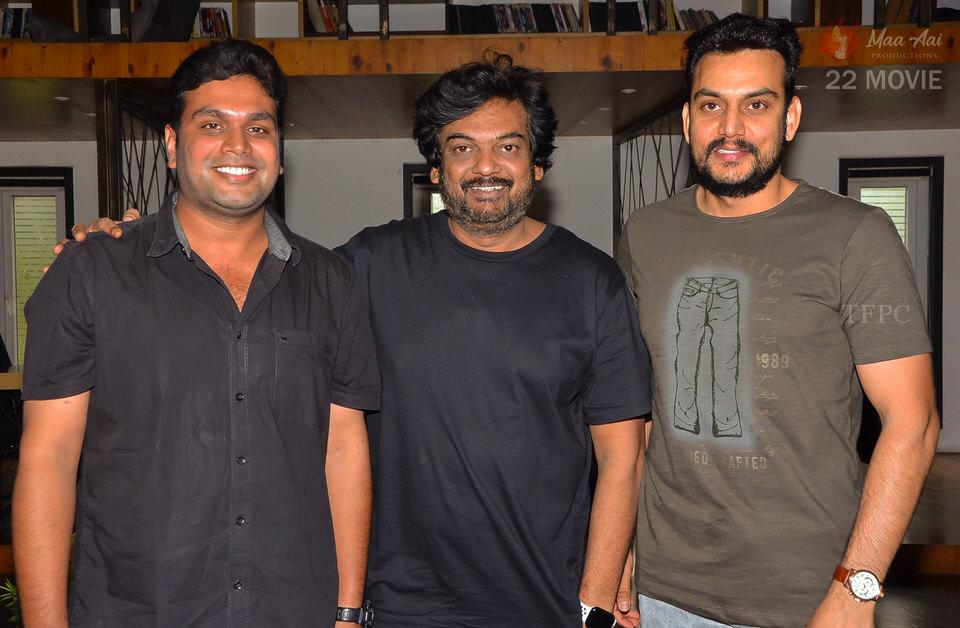 Shiva Kumar. B who has worked in the direction department of Dashing Director Puri Jagannadh, Sensational Director VV Vinayak, Super Successful Director Maruthi is Directing an Action Thriller ’22’ starring Rupesh Kumar Choudhary, Saloni Misra as hero and heroines in Maa Aai Productions. Shiva Kumar is also providing story, screenplay, dialogues for this film. The film has completed its shooting part and is now undergoing its post-production works. The First look Glimpse of the film is unveiled by Dashing Director Puri Jagannadh. On this occasion, the team interacted with media in a press meet on Jan 7th at Daspalla Hotel, Hyderabad.

Dashing director Puri Jagannadh said, ” Shiva has worked with me for many of my films. He is now doing his first film. Shiva is the son of BA Raju garu. He is very close to me. Just now I have watched ’22’ Movie. It is too good. I have a lot of confidence over Shiva’s talent. I wish him to become a big director and score a big hit. All the best to Hero Rupesh Kumar Choudhary.”

Producer Konda Krishnam Raju said, ” After the completion of the first schedule of ’22’, While I and Raju garu were together, Raju garu received a message from Puri garu saying that he got superb feedback about Shiva. He also messaged that he is very happy for Shiva. The entire talkie part has been completed within 35 days. This shows how much planning and confidence Shiva has. I wish the entire team a bright future.”

BA Raju said, ” During the shoot of ‘temper’, Puri garu said that your Shiva will become Director very soon. I thought that he said so to encourage me. Later when I met him, he said that Shiva is very talented many times. I felt very happy as a father. All of a sudden, one day Shiva brings Rupesh Kumar along with him and said that they are starting a film with Rupesh as Hero and Producer. He said that they will start the film next week.  He himself has written, readied and confirmed the project without any of my intervention. Everyone who has watched the film is giving very good feedback. I am very happy that the teaser is released on my birthday. I wish he will get good name by proving himself as Puri gari protege. Shiva is lucky to have a Hero and Producer like Rupesh. It is because of Rupesh Kumar the film has been completed in quick time. This film has given me double happiness, one is my son Shiva is directing the film while My brother’s son Kiran is the cinematographer. I am very happy that both of them are working together for this film.”

Hero Rupesh Kumar Choudhary said, ” I am very happy that the teaser of my first production is launched by Puri Jagannadh garu. Shiva garu worked with Puri garu and I did this film without knowing a single line out of my confidence towards Shiva garu. The entire credit goes to Puri Jagannadh garu and BA Raju garu. Anee Master has introduced me to Shiva garu. I will never forget her in my life. Sai Kartheek has given terrific background score. Ravi garu provided very good visuals. The shoot has gone very smoothly. It’s good to see  Konda Krishnamraju garu coming here today to bless us.”

Director Shiva Kumar said, ” I have worked with Puri garu for many films. When I asked Puri garu to launch the first glimpse of our film, he said, ‘Shiva, you have worked for me for many of my films. You are like my family. No need to ask, I will surely launch it.” I am always indebted to him for taking me and gave me the opportunity to work with me. He appreciated our entire team after watching the teaser. He is impressed with the background score given by Sai Karthik. I will never forget that Puri garu launched our teaser. Thanks to Puri garu, Charmme garu and Puri Connectsfor adjusting the dates of heroine Saloni Misra for our film.  Sai Kartheek garu excited when I narrated the story. DOP Ravi Kiran worked in Mumbai. The entire film will have a look and feel shot by a Mumbai cinematographer. Thanks to Addala Raju garu for lively sets. Editor Shyam’s editing is crisp and to the point editing. My journey with Rupesh garu has started over one and a half years ago. Thanks to Rupesh Kumar garu for believing me and for giving me this opportunity. He encouraged me and provided me whatever I asked for the film. Thanks to Maa Aai Productions and the entire team. Thanks to each and everyone who worked with me for this film.”

Cinematographer RaviKiran said, ” I have seen this film very recently, Editor Shyam did a very good job. My confidence got increased after watching the film.  Thanks to Shiva and Rupesh for this opportunity.”

Music Director Sai Kartheek said, ” Shiva filmed this movie quickly with superb clarity. He made this film exactly with a duration of 2 hours 2 Mins like he said before starting the film. The film came out very well. As he was worked with Puri garu, He got the same speed and clarity in making the film. RR is coming out superbly. I wish Shiva to become a big director with this film.”

Art Director Peddiraju Addala said, ” Our entire team worked very hard for this film. The film has shaped out good. Thanks to the Director and Producer for this opportunity.” 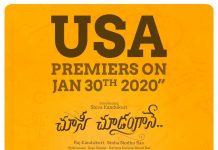 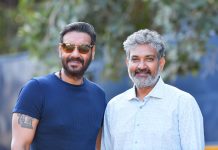 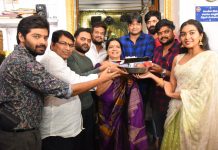 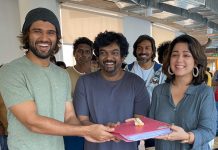 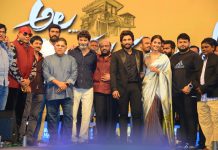 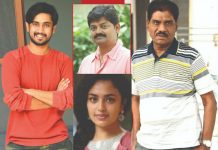