According to the Ministry of Information and Broadcasting, these selected films will be showcased at the 53rd IFFI to be held from November 20 – 28, 2022 in Goa.

The aim of the Indian Panorama, organized by the National Film Development Corporation, Ministry of Information and Broadcasting, Government of India, is to select feature and non-feature films of cinematic, thematic and aesthetic excellence in accordance with the conditions and procedure in the said regulations of Indian Panorama.

The 25 Feature films are:

The selected films for Indian Panorama section, with an aim for the promotion of film art through, will also be screened for non-profit screening in international film festivals in India and abroad, Indian Film Weeks held under Bilateral Cultural Exchange Programmes and Specialized Indian Film Festivals outside cultural exchange protocols, and special Indian Panorama festivals in India.

The Indian Panorama was introduced in 1978 as part of the IFFI umbrella to promote Indian Films along with India’s rich culture and heritage with the help of cinematic art. Since its inception, the Indian Panorama has been completely devoted to showcasing the best Indian films of the year. 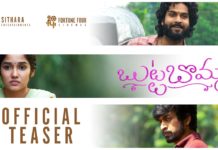 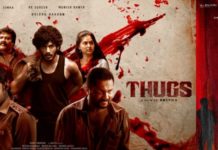