King Akkineni Nagarjuna and his son Yuva Samrat Naga Chaitanya are sharing screen space together for the second time for Bangarraju, after the most memorable film of Akkineni family Manam. The father-son duo created magic with their wonderful chemistry in Manam and it will be a treat to see them together in another special film Bangarraju, which is a sequel to Nagarjuna’s biggest blockbuster Soggade Chinni Nayana.

On the occasion of Naga Chaitanya’s birthday on November 23rd, the makers will be unleashing teaser of Bangarraju. But, before that, they have revealed first look poster of Naga Chaitanya today. Looks trendy and uber cool in yellow shirt and denims, Naga Chaitanya is seen throwing a fancy cattle prod and walking elegantly. He looks completely ecstatic here with a new hairdo and stylish beard. He also sports shades and wears a big bracelet which add stylish quotient to his look. Going by the poster, Naga Chaitanya plays a lively and dynamic role.

Billed to be a wholesome entertainer laced with good dose of romance, emotions and other commercial ingredients, Bangarraju will also feature Ramya Krishna and Krithi Shetty playing heroines opposite Nagarjuna and Naga Chaitanya respectively. Krithi’s first look as village belle Naga Lakshmi that was released recently by Naga Chaitanya impressed one and all.

Anup Rubens provides soundtracks and first single Laddunda is a chartbuster. Zee Studios is co-producing the project with Annapurna Studios Pvt Ltd. Nagarjuna is the producer. Satyanand has penned screenplay, while Yuvaraj handles the cinematography. 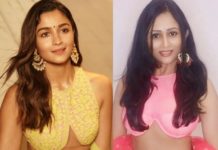