Victory Venkatesh, Mega Prince Varun Tej and blockbuster director Anil Ravipoodi are coming up with fun franchise F3 to create laugh riot in theatres this summer. Shirish is producing this much awaited movie under the banner of Sri Venkateswara Creations with Dil Raju presenting it. While Tamannaah is paired opposite Venkatesh, Mehreen will be seen opposite Varun Tej. The recently released theatrical trailer stood out as a fun blast. Continuing to trend top on YouTube, it has created records with 12.5 million views within 24 hours of its release. A lot of surprises in this fun-filled trailer had some surprises which amused viewers. However, there will be many more surprises in the film. Tamannaah’s role as Harika is going to be one of the major highlights.

Tamannaah role has a big surprise and this indeed is a turning point in F3. Director Anil Ravipudi wonderfully designed Harika’s character in F3, beyond her role in F2. The whole story of F3 indeed revolves around this character. Tamannaah has got a meaty role to perform and her acting will be at the next level. The scenes between Venkatesh and Tamannaah are going to be hilarious. The catchy dialogue “Mana Ashale Mana Viluvalu,” of Tamannaah outlines her greedy nature. A brilliant surprise in the movie is revealed, after Tamannaah becomes close with Sonal Chauhan. This surprise will blow your minds for sure and Tamannaah’s character will be remembered for long.

The makers released some stills of Tamannaah from the movie and she looks smoking hot in red body-hugging dress. The actress flaunts her hot curves and thunderous thighs in these pictures.

The film’s trailer not only raised huge expectations on the movie but it also became a topic of discussion. The audience are completely enjoying the dialogue uttered by Venkatesh, “Super… Extraordinary… Adhiripoyindi Gaa”. The same dialogue is trending now on social media. Both Venky with his night blindness and Varun Tej with his stammering provided enough entertainment. The trailer is just a sample and there will be unlimited fun fest in the theatres.

Star heroine Pooja Hegde will be seen shaking her leg in the special party song in the film, where Nata Kireeti Rajendra Prasad, Sunil, Ali, Raghu Babu and Vennela Kishore will appear in key roles.

Sai Sri Ram is the cinematographer and Tammiraju is the editor. The film is co-produced by Harshit Reddy.

F3 is set for a massive release worldwide in theatres on May 27th. 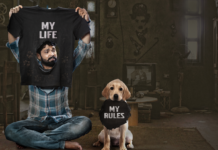