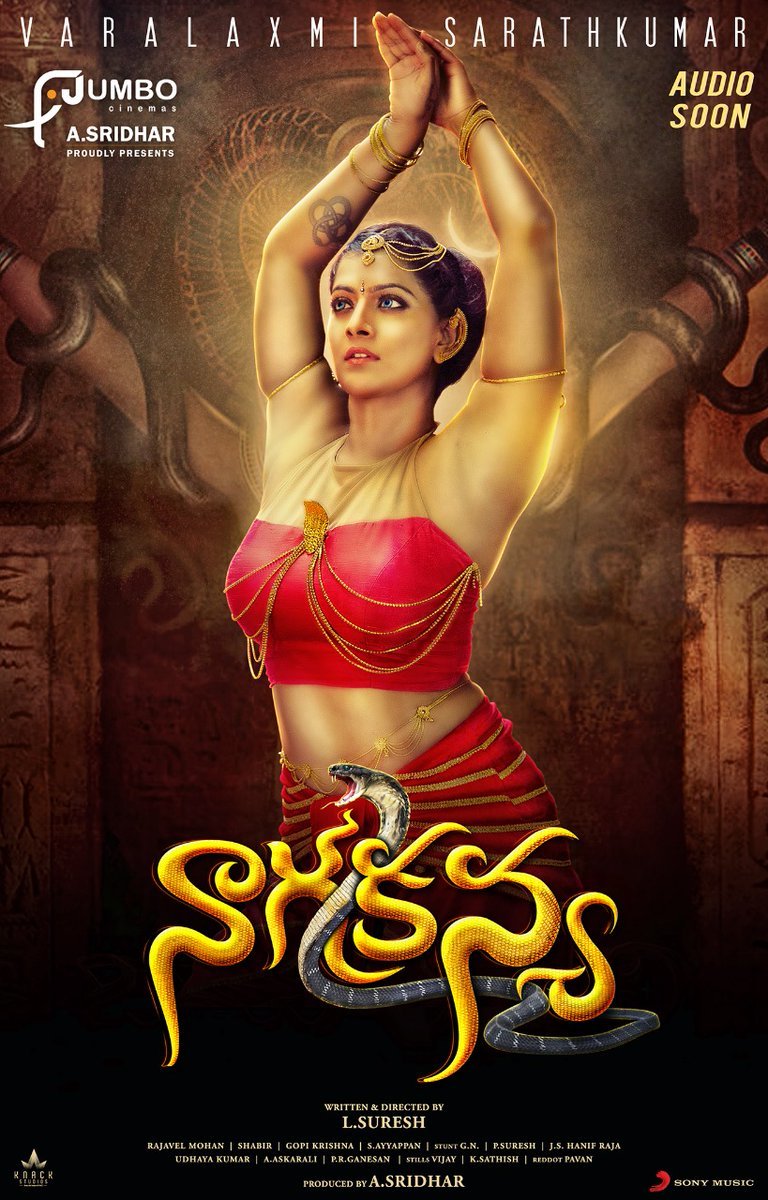 Makers of “NagaKanya” just unveiled the first look of the film. Naga Kanya is a Telugu dub version of Tamil Neeya. Varalakshmi Sarathkumar who is very well known for female antagonist roles in the Tamil Film Industry is now essaying a glamorous role in the film.
Along with Varalakshmi Sarathkumar, this film also features Bunny’s girl in Iddarammailatho Catherine Theresa and Lakshmi Rai. Journey movie fame Jai will also be playing a crucial role in the film.
Varalakshmi’s recent films Sarkar and Maari-2 registered as super hits at the Tamil box office and Telugu dub version of these films are relatively good.
L.Suresh is helming this project while A.Sridhar is bankrolling this project under Jumbo Cinemas productions banner. Makers will shortly announce the other cast and crew details very soon and they are also planning to unveil the first looks of other prominent characters in the film.