After Two Years Bahubali Team is all set to reunite again. Master Mind Rajamouli and team will meet at the Royal Albert Hall in London October 19 on behalf of Bahubali Special Screening. Besides attending the special premier film unit will also interact with the audience. Music Director MM Keeravani is going to perfom live in sync by the Royal Philharmonic Orchestra. 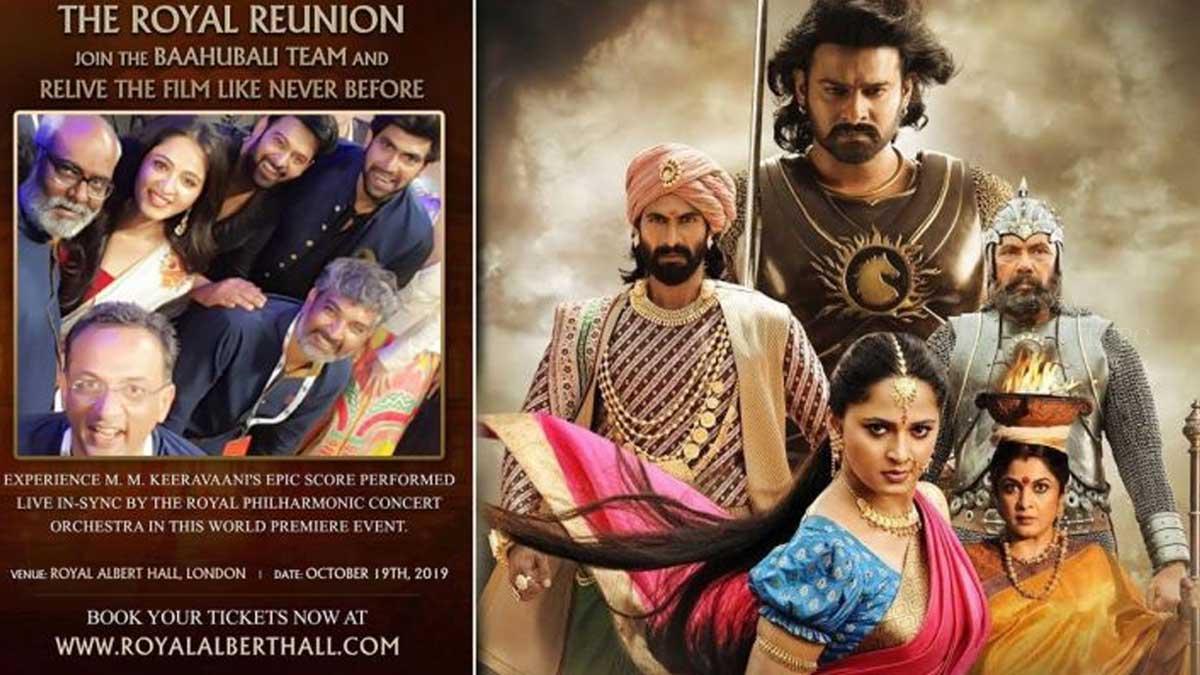 Darling Prabhas informed the same with an Instagram post mentioning “Super excited to join my #Baahubali team in London on October 19th to catch a LIVE rendition of MM Keeravaani’s score for the film by the Royal Philharmonic Orchestra! Would love all of you to join us,” . the Bahubali Royal Reunion would bring all of them together after almost 2 years.